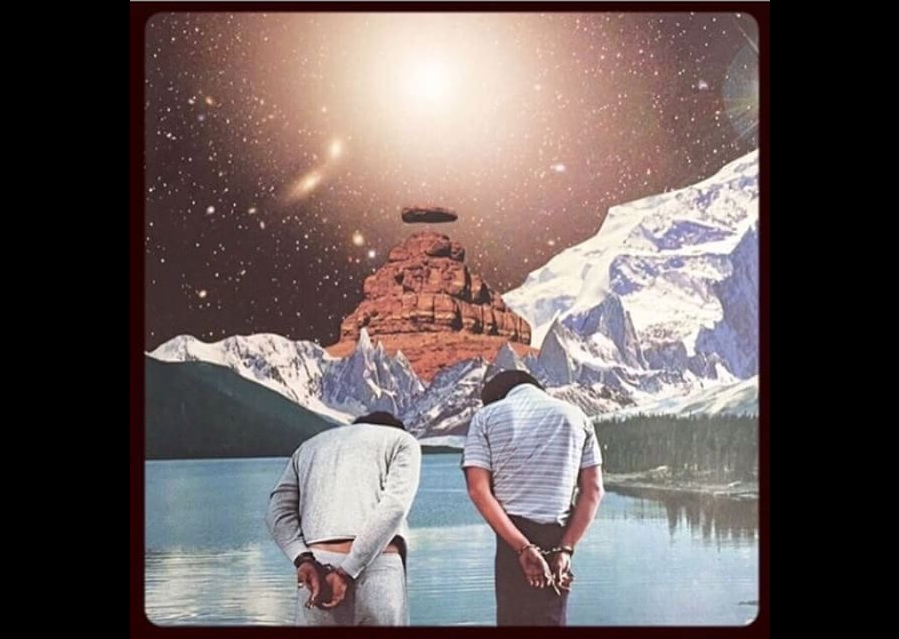 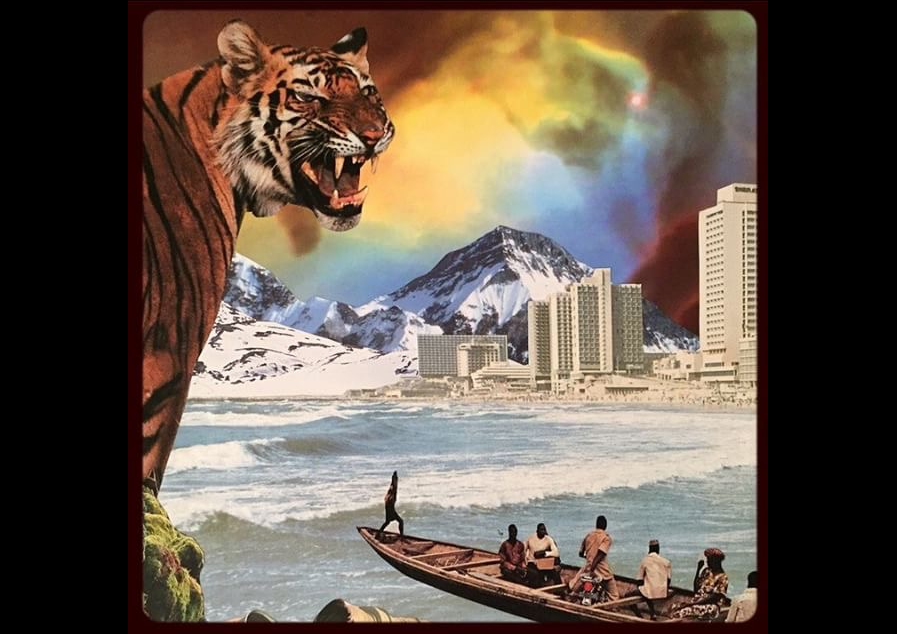 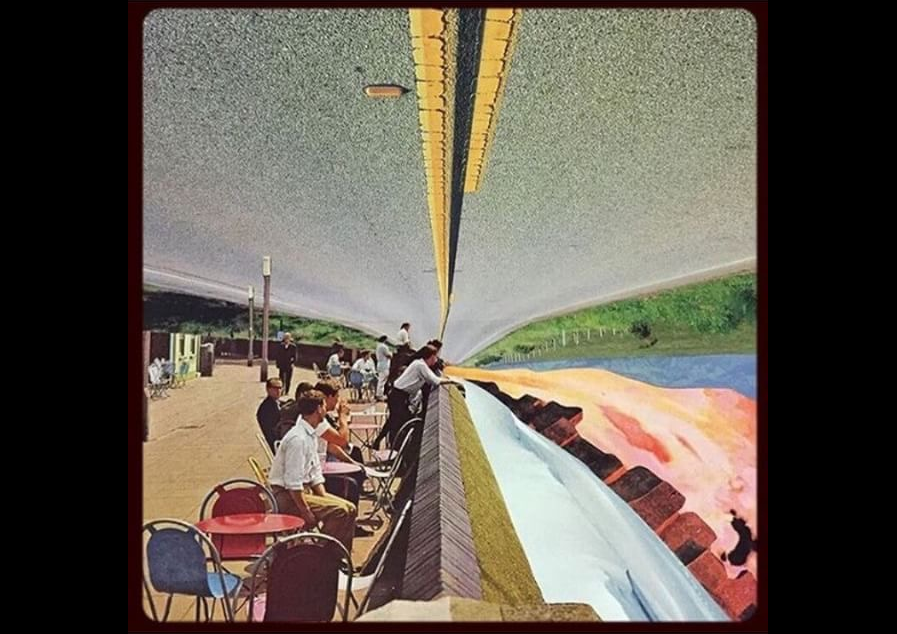 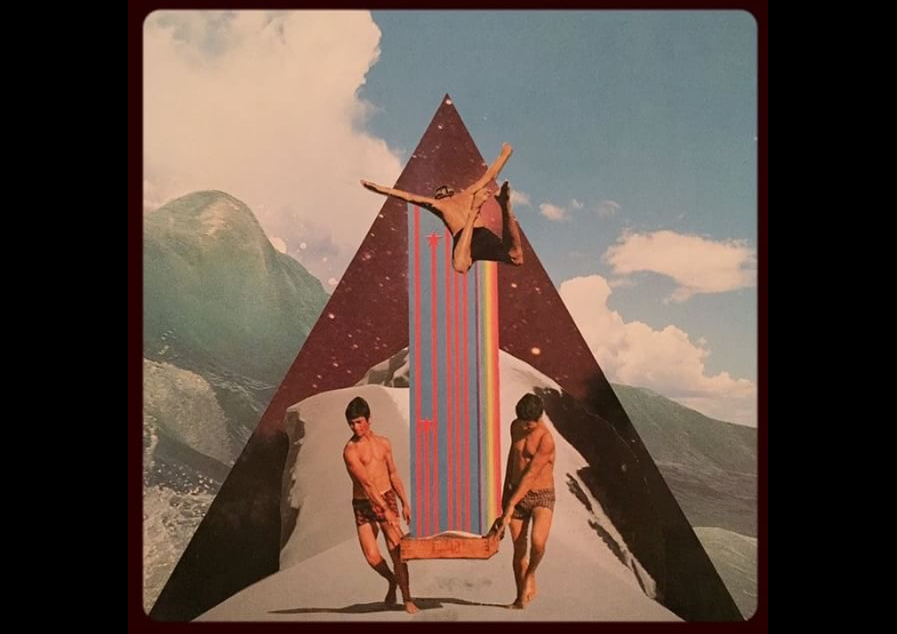 People run towards a sky full of skulls through dark, shallow water. The horizon is lined by crystal peaks and snowy mountain tops. What sounds like a surreal day dream describes one of the pieces by Manchester-based collage artist Stuart. Under the pseudonym sØlar - only using scissors and glue - he creates framed utopias taking spectators to different dimensions. In this interview he talks about creative processes, his favourite pieces and inspirations.

How did you start with collages?
I saw some surreal collages online a few years back and was blown away with the endless possibilities and how they take you somewhere else. I was instantly obsessed with it and I’ve been doing it continually ever since.
From start to end: Can you describe the making process of your collages?
I spend hours trawling through thrift shops finding old books and magazines. The best books are often really old with heavily saturated images. I chop out all the pics and put them in a box of potentials and beyond that I can’t really explain how I create them as I never know what I’m going to create. Basically I just use scissors, scalpel and glue. I’ve never used any digital methods so I rely totally on found images. But often it’s a balance of, opening the creative part of your brain to any ideas that come your way and a certain level of serendipity.

What is your favorite work and why?
The trick is to somehow get different images to interact with each other to create something new and surreal and if you can make it striking it the same time, that’s always good. So maybe ‚Gatekeeper‘ does both of those things. 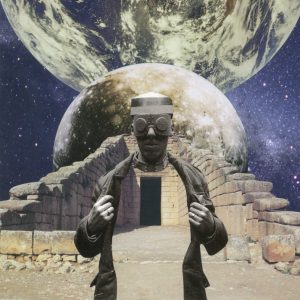 The ‚Gatekeeper‘ is one of sØlar’s personal favourites. (click to enlarge)

What inspires you?
I think I’m probably influenced by a whole load of things that I’ve been into over the years. Weirdly, apart from Star Wars I’ve never really been into sci-fi films but the artwork is always pretty out there. I’m into a lot of music as well and I’m now working with various record labels so I’m often trying to create something that would work well as a record sleeve.

Are there any sØlar collages on your walls?
Haha, well my girlfriend and I just moved into a new house and she keeps telling me to get some prints framed and up on the wall. So far, the only artwork we’ve got up is by Tankpetrol who also resides in Manchester.

In which area in Manchester do you live in and what do you like most about it?
In the 15 years I’ve been in Manchester I’ve lived in Whalley Range, Chorlton, Didsbury and Urmston so I’ve done the rounds but we’re in Swinton now and I love it. Loads of nice green walks to go on through Worsley and up into Monton, there’s a co-op which is always a bonus and Shaun Ryder lives across the road.

What’s your favourite pub in Manchester and what would you order there?
Over the years I’ve spent quite a bit of time in pubs. I love a proper traditional pub, so with that in mind, I’d probably have to order a large gin and tonic in Pevril Of The Peak. If only all pubs were like that.

Can you describe Manchester in three words?
Cultural, friendly, developing.