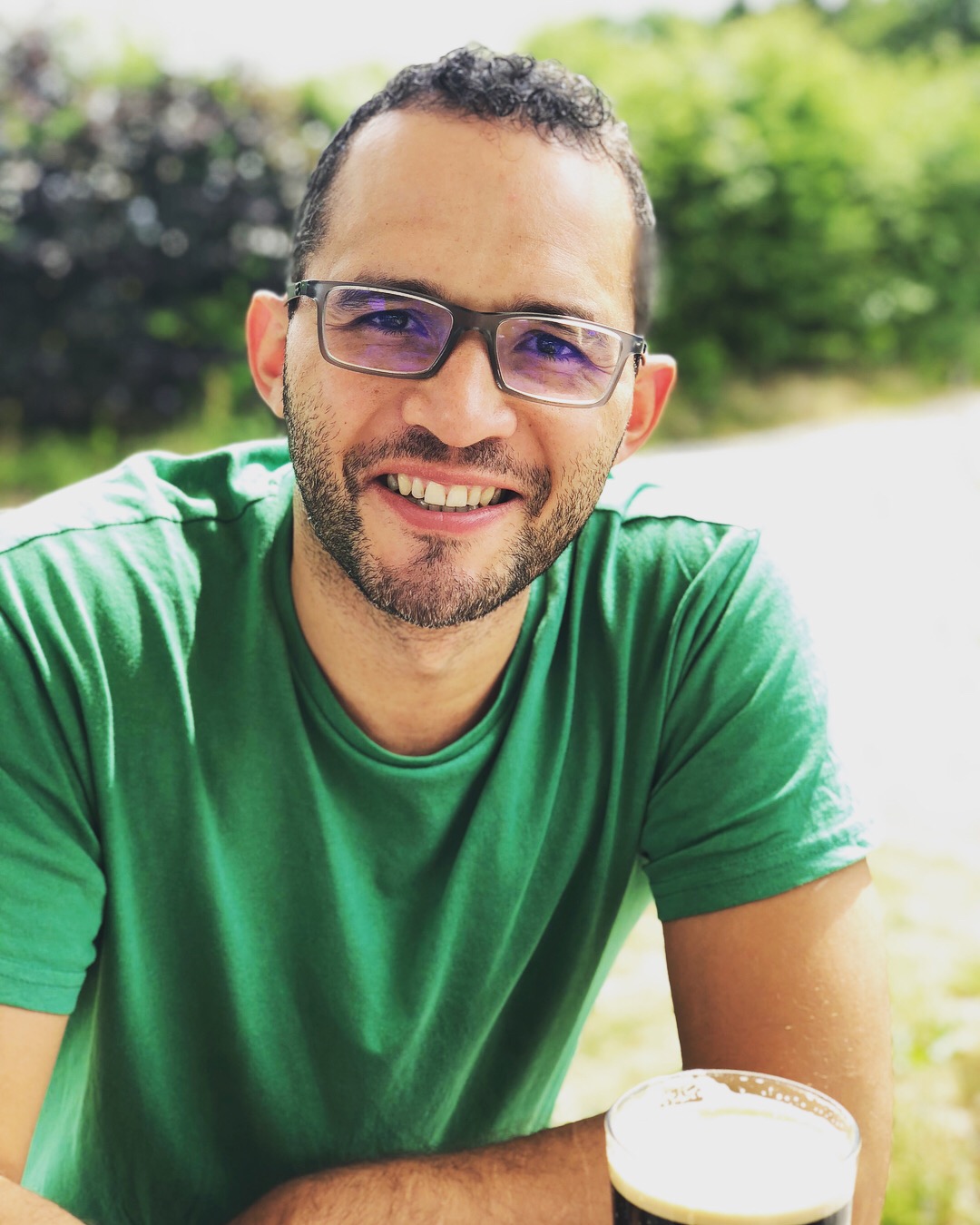 Exquisite eateries, vibrant bars, shiny facades and refurbished warehouses - it is no secret that Ancoats is Manchester's most up-and-coming neighbourhood. Former owner of Restaurant Squid Ink Anthony Barnes grew up in this area. He watched it change, became a part of the upward trend himself. Soon, he is going to be Operational Director of one of the city's finest Restaurants called Mana. With Neighbouring he talks about food, his career and the transformation of his childhood district.

„Soft-shell crab, tandoori spice, beetroot raita.“ The answer comes like a shot. Anthony Barnes does not have to think a second about the best dish he’s ever had. It’s almost like his brain is a database of recipes, menus, and restaurants – always ready to be recalled. Anthony is a walking food encyclopedia.

„I have more than 600 cookbooks“, the 35-year-old estimates. An obsession that comes with his job you would think as he has been owner and chef of Squid Ink – a successful restaurant on Great Ancoats Street, just on the edge where Ancoats meets the Northern Quarter. However, with Anthony, it was the other way around. He has never been a chef before; the passion for taste made him open up his own eatery.

A few months ago – after two years filled with food shopping, cooking and accounting – Anthony sells Squid Ink. His next project is already waiting in line: Mana, a fine dining restaurant opening in October this year. Former Noma chef Simon Martin is the creator, Anthony the Operational Director. „It will be the best restaurant in Manchester“, he states. Not only the cuisine and the bespoke interior of this new dining experience sound promising. Also does the location: 42 Blossom Street, in the middle of Manchester’s most uprising neighbourhood: Ancoats.

„When I was young all those mills were empty – my friends and I were running around those places like Victoria Mill, played hide and seek, kicked bottles around“

The area is very familiar to Anthony. He grew up not even a mile away. „When I was young all those mills were empty – my friends and I were running around those places like Victoria Mill, played hide and seek, kicked bottles around“, he recalls.  Today these mills are home to trendy companies and young couples. „It is so polarising to what I grew up in. We are going through a huge boom.“

However, it isn’t down to nostalgia why Anthony thinks his old neighbourhood is a good place to open up a business. „Ancoats is very welcoming. It has this northern soul to it, this northern sociable vibe.“ He also puts emphasis on the location. „It’s close to Manchester City ground, just a five minute walk away from Picadilly Station and the City Centre.“ Another benefit, Anthony illustrates, are the various independent bars and restaurants popping up in the area. „Mana has got a great neighbourhood: Pollen, Rudy, Sugo, they are all artisanal businesses, where the owners are still in the business.“

Anthony’s career is comparable to the development of his childhood district: a surprising success story. After school, he finds a job as a waiter. A few years later he becomes a restaurant manager, works 60, sometimes 70 hours per week. With 26 years he decides to go to university: Business Management and Marketing. He writes his dissertation about how to provide healthy and cheap food to families living in Ancoats through communal gardening. That’s when his interest in food slowly grows into a passion.

„Mana has got a great neighbourhood: Pollen, Rudy, Sugo, they are all artisanal businesses.“

And like a lot of hardcore foodies Anthony falls in love with the progressive cuisine and restaurant scene of Copenhagen, where he travels once a year. In January 2017 his wife fulfills one of his biggest dreams by booking a table in the world’s best restaurant: Noma. „After the meal – the best I’ve ever had – we were invited to do a kitchen tour“, Anthony recalls.  Coincidentally Simon, one of the chefs at Noma, is from Manchester, too. „We started chatting and we got on about food. We stayed in contact via Instagram. One day Simon told me about his plans to open up a restaurant in Manchester and I offered support. That’s how I came on board.“

At the moment the team is working on the site and on the 12 to 15-course menu Mana serves from October, 17th. Since a couple of days, people can reserve tables – many nights are already fully booked. These numbers re-assure Anthony’s aim: to make Mana the best restaurant in Manchester.

10 Reasons Why I Love Manchester