10 Reasons Why I Love Manchester 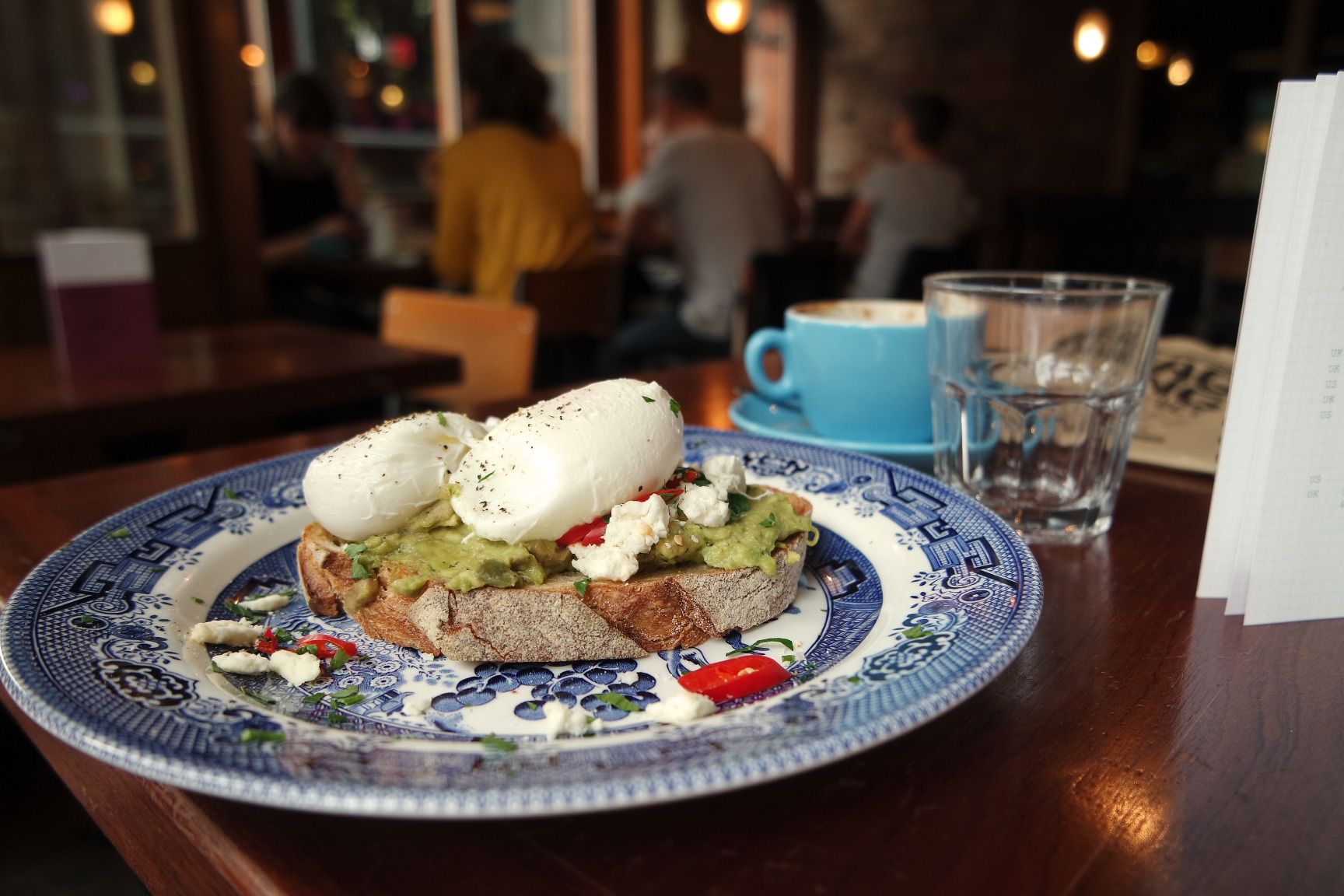 I moved to Manchester quite exactly one year ago. Before that, I lived in Frankfurt, Germany. Most of my friends and family didn’t have any idea about the city. To be honest: Neither did I. Now, looking back on the past 12 months, I know: I am in love with this place. And here are my top reasons why.

No. 10: The Food
Is it pizza you fancy? Or rather Thai, Vietnamese, Indian food? How about a warming steak and ale pie? In Manchester, you can have it all. From takeaways to stylish eateries, there is a massive amount of food options right at our doorstep. Compared to German gastronomy the English seems to be much more contemporary. Menus change more often and every place has a unique twist – may it be flavour or design related. I particularly like those specialised places that only serve one product – but in its best version. Take Rudy’s Pizza or Sugo’s Pasta as an example.

No. 9: The Coffee Houses
It is probably the nicest way to escape grim weather – sitting down in one of the many coffee houses in Manchester. Order a brew, a brownie or a late brunch. I love how the local cafés celebrate the art of coffee. Most of the times you’ll happen to have a professional barista serving you. There’s nothing better than sipping a perfectly smooth flat white on a rainy Sunday morning. Another plus: The majority of these places are eco-friendly and will give you a discount when you bring a reusable cup. My current favourite coffee houses are Takk, Federal and Ancoats Coffee Co.

Ceiling in The Crown & Kettle

No. 8: The Pubs
Before I moved to Manchester I thought pubs are only for old men and toothless hooligans. I have never been so wrong. Pubs are like a living room of the city, a place where families go, where you celebrate your 28th birthday and your 29th, too. With dozens of Heritage Pubs Manchester has an absolutely great offering. Again: Every pub has a unique concept, design or architecture. Some even specialise in traditional food, make their own beers or support independent breweries that change regularly.

No. 7: The Music
Music is not only one of the reasons why I live in Manchester it is also something Mancunians are very proud of. Legendary bands like The Stone Roses, The Smiths, and Oasis have their roots here. And it seems like their success has paved the way for newcomers. Whether it is people performing on Market Street, small bands playing in tiny venues or headliners rocking the big arenas – Music is omnipresent in Manchester. Being able to see a live gig on almost every night during the year is something pretty awesome.

No. 6: The Northern Skies
Here’s a reason that’s maybe a bit less obvious than the others: I love Manchester because of its stunning skies. The weather may be rainy and wet most of the times but if it’s nice the sky above Manchester can actually show you the most dramatic sunsets. I cannot get enough of dusty pink feather clouds that the sun paints on a dark violet canvas.

No. 5: The Street Art
Speaking of painting: Some districts in Manchester – especially the Northern Quarter – are true open-air galleries. You can find funny tags, political stencils or impressive murals while wandering around those streets. And just like in a museum exhibitions change regularly – some old graffiti will disappear and new ones will be added. Such a fun way of exploring a city.

No. 4: The Architecture
Not everyone will agree on this but I think Manchester’s Architecture is pretty mad. Yes, it is a bit higgledy-piggledy but that’s what makes it interesting. In Manchester, you can find century-old buildings mixed with houses from a few decades ago. A good example is the area around Albert Square. Just look up to the rooftops and enjoy the journey through time.

No. 3: The Size
Not too big, not too small – Manchester just has the perfect size. If you live centrally you can get anywhere on foot. If you don’t fancy walking it is really cheap to get the tram or even a taxi to where you want to go. On the other hand, the city is big enough that you don’t get bored easily and sometimes the best things are just outside your house anyway…

No.2: The Canals
… Just like the canals. To be honest, before I moved here, I did not have a clue that Manchester has one of the biggest canal systems in Europe. The narrow water streets are the reason why Manchester was the first industrialized city in the world. Today the canal is mainly used by giant Canadian geese, fishermen and boat enthusiasts. However, walking along the canal can make you feel like you’re on holiday and far away from the buzzing city life. 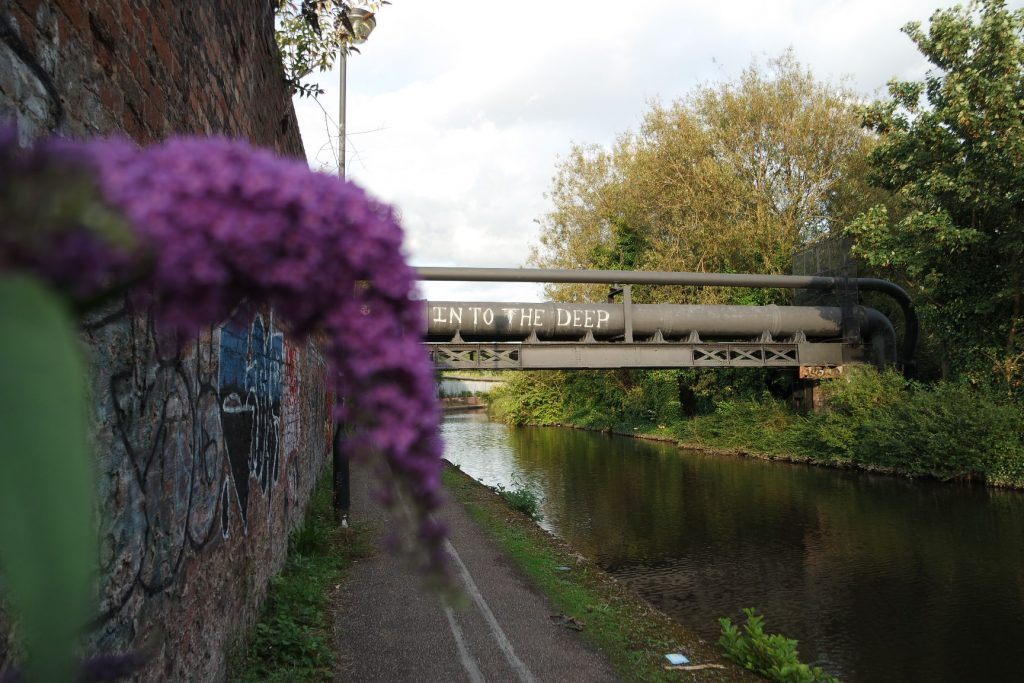 No. 1: The People
My number one reason why I love Manchester had to be the people that live here. Mancunians are the nicest lot I’ve ever met, always open for small talk without being shallow or superficial. I love the sense of community here – people never make you feel like you don’t belong. In fact, the opposite is the case. From day one I felt like being welcomed to this crazy, diverse and supportive circle of humans. I can truly say: It’s the people who make a city worth living in!